A Dad’s Involvement in Homeschooling 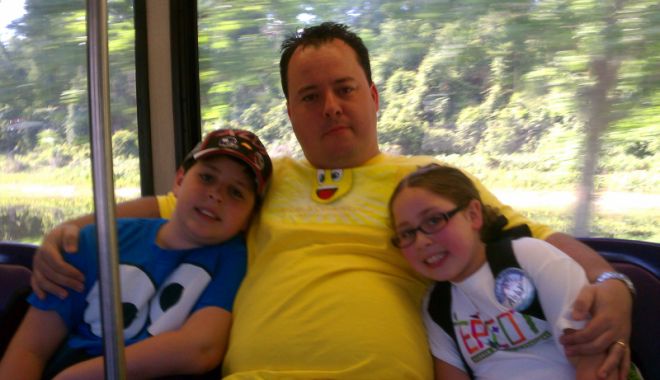 This post is compromised of a collection of thoughts I shared from someone else asking me about my involvement as a father with homeschooling. They may be published somewhere else in some kind of format, but after writing them I decided I wanted to share them here  as well. I believe I’ve touched on a lot of areas that are important and should be heard by fathers and mothers. Would love to hear your feedback about them.

The Teacher or the Principal?

My wife does do the vast majority and over-site of the homeschooling of our two children. However, what we have tried to do from the beginning is equip them to be self-supportive in their efforts with each subject. My wife will setup and workout the plan, and then allow them to execute it as needed. I have provided more direct involvement with the kids in their lessons in math and science. Since I’m also self-employed I’ve enjoyed the flexibility to work from home frequently and provided support as needed for all subjects during the day when I’ve been available or when home after work.

Being Welcomed in a Mom Dominated Community

I would say I haven’t felt unwelcome by women in homeschooling by any means. I believe there is too much of an absence of fathers being actively engaged in the effort, so this provides both a general discomfort when there is a man involved in a group primarily dominated by women. However, I also see an excitement from many of those same women to see a husband and father actively engaged in that family support of the wife.

The biggest issue I see is just a division of effort and a feeling of being alone by both husband and wife. Homeschooling (along with just about every other effort as a family) has got to be a team effort between the husband and wife. The husband and wife won’t necessarily perform the same roles and tasks, but they should be in agreement of the end goals and strategies being implemented in the home. The classic issues between male and female relationships will creep into the homeschooling effort as well if there’s not that agreement. As I heard recently, the end of communication is the beginning of resentment in a relationship. I believe this is very much true if parents aren’t on the same page. I very much support the “traditional” home model of a man working to provide for the family and the wife staying home to take care of the family. However, I don’t believe it’s a must. Each family can establish that environment for what works best for them. But, in any scenario, I believe both roles need to be equipped and willing to handle the tasks needed: working for income, laundry, cooking, dishes, cleaning, taking care of the kids, etc., etc.

I think that men in general are more willing to take risks and allow failure to happen as a method for teaching. Not to say men should be insensitive, but I believe that’s how a man and a wife balance things for each other. I believe women can get too caught up in the emotions surrounding the success or failure of their children and may over-compensate in one way or another to offset those feelings. In our household I know my wife worries about how our kids are measuring up to other kids their age and their knowledge at the time. I’m concerned with that as well, but I look at the larger picture and ask myself, “Are they learning?” Even if it’s on their own pace and engagement level, are they further along today, than they were yesterday. In the end, I’d rather I succeed at teaching my child how to learn, how to be disciplined and how to work hard to accomplish a task, rather than if they know all the specific details of the Pythagorean Theorem before they hit high school.