Education Failing in Canada Too, Eh? 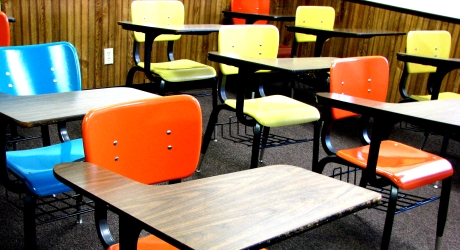 A friend of mine recently shared his thoughts on how “Education is Failing”. I think it’s an interesting look at his own experiences because he grew up in Canada and I believe he sees the same sort of shortcomings many of those in the homeschool community are seeing that motivates them to take change into their own hands and educate and challenge their children.

One of the topics I mention to people when talking about education is that I don’t believe there’s any type of cohesive agreement on what it means to be “educated”.

The main focus behind education should be to help people learn all they need to become productive members of society, and live the best lives they can with their potential. Currently, the system is set-up that everyone learns a committee determined amount of information deemed relevant and safe.

What do you think? I think it sounds pretty close. What does or doesn’t fit? Should we expect and fit more into our definition of education? How would you define being “educated”? I’d love to hear your definition in the comments below.

The educational system has also been built to not leave students behind, but in doing so, it has been adjusted down to the lowest common denominator. The credit goals in high school are useless and aren’t in line with the career aspirations of each student. The forced volunteer hours that are now in place in Ontario are wasteful.

Everything is so generic, watered down, and controlled by bureaucratic systems and people with little understanding or investment into what they are forcing on others.

Sounds pretty similar to the American system right? No Child Left Behind? Nope, just all of them force to hang out in the mediocre mess called the middle. I do like the idea of volunteer hours being required as part of education.

So, there you have it. The education system in Canada having many of the same issues we have here in the United States. What’s your opinion? How do you define being “educated”. What are your thoughts?