Is This How to Fix Congress 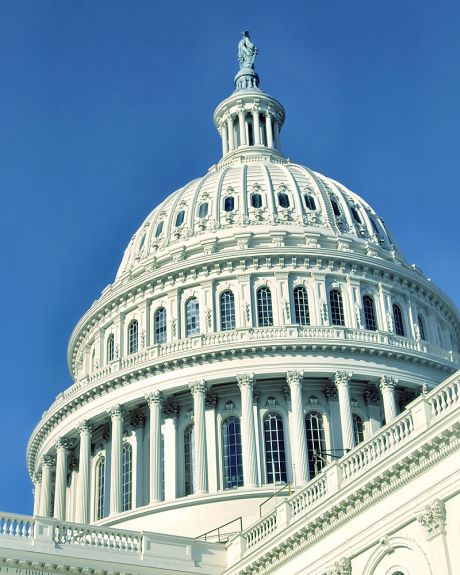 Two political posts in a row. Let me know if I’m running any of my readers off and I’ll try to stop! =)

I recently saw the following item posted online. Although according to Snopes.com it’s mostly accurate related to Warren Buffet having made the quote. He did not initiate the other items. Regardless though, I believe all of these items are steps that should be taken with our existing legislature to make sure the people that are supposed to be elected to represent us can actually recognize what it means to be part of the “us” and the “US” they were elected to represent.

Warren Buffett, in a recent interview with CNBC, offers one of the best quotes about the debt ceiling:

“I could end the deficit in 5 minutes,” he told CNBC. “You just pass a law that says that anytime there is a deficit of more than 3% of GDP, all sitting members of Congress are ineligible for re-election.

The 26th amendment (granting the right to vote for 18 year-olds) took only 3 months & 8 days to be ratified! Why? Simple! The people demanded it. That was in 1971 – before computers, e-mail, cell phones, etc.

Of the 27 amendments to the Constitution, seven (7) took one (1) year or less to become the law of the land – all because of public pressure.

Warren Buffet is asking (no he didn’t, the writer of the original email did) each addressee to forward this email to a minimum of twenty people on their address list; in turn ask each of those to do likewise.

In three days, most people in The United States of America will have the message. This is one idea that really should be passed around.

Do you agree? There’s nothing stated here that I would disagree with right now. I’m sure there are details of it that might get complex at some point, but I say keep it simple and straight forward.