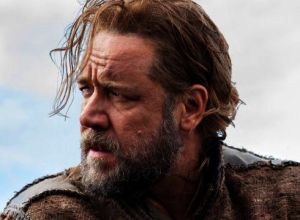 The announcement of this movie trailer caught me off guard. I didn’t even know they were making a movie of this Biblical story and I definitely didn’t know a major studio like Regency and Paramount would be behind it. On top of all that two of my favorite actors will also be taking up roles. The title character will be played by Russell Crowe and Anthony Hopkins in the role of Methuselah, he’s looking good still for being a few hundred years old! Also in supporting roles:

Watch the trailer below

As usual, some artistic license has been added to make it more blockbuster like, but I’m generally okay with that. I wasn’t there, so I’m not sure how it really went down. The movie is directed by Darren Aronofsky, most recently famous from “The Black Swan” and “The Wrestler” starring Mickey Rourke.

I will say, after listening to Ken Ham speak about Genesis and the Flood, thinking about Noah collecting two of every animal seems more of a misunderstanding now than what was really required. Understanding the DNA and genetics and branches of the different families and species of animals makes the task of collecting those that were needed much more manageable. Has anyone else heard Ken Ham speak about this? What did you think?