Remembering Paul Harvey and The Rest of the Story 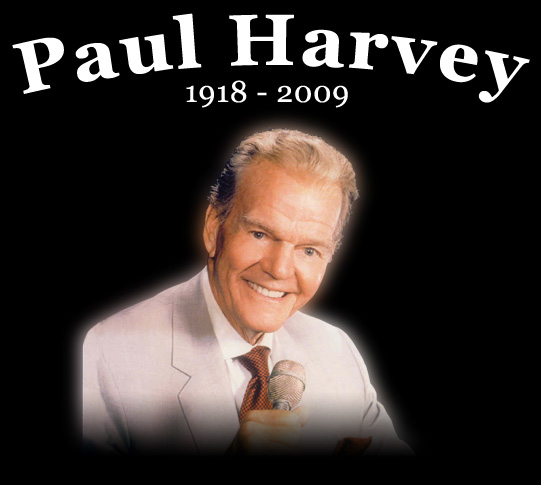 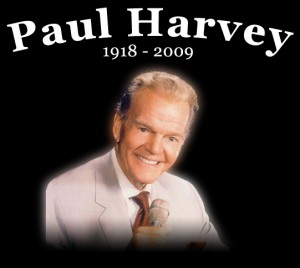 The best commercial in last night’s Super Bowl XLVIII was by far the Dodge Ram truck commercial that featured the voice of radio icon, Paul Harvey. He was sharing one of the poems he had written called “God Made a Farmer”. You can see watch the commercial below if you missed it, or again if you enjoyed it as much as I did.

Although the commercial struck a chord with many viewers because of the contrast of a great commercial compared to the sex and moral decay usually exhibited in other commercials of the evening, it rang true with me because I remember hearing Paul’s calming voice and his sharing of “The Rest of the Story” through my childhood. Having worked in radio a bit myself, Paul Harvey was one of the people I kind of looked up to and got inspiration from in my own efforts.

After seeing last night’s commercial and explaining who Paul Harvey was to my kids, I did a little searching online this evening and came across the Paul Harvey Archives Unofficial website. Even though they’re not official, they have various (I’m not sure if they have all of them?) episodes of Harvey’s classic renditions of the episodes available for download in MP3 format. I just finished downloading almost 700 of them, which I’m now going to burn onto a CD and keep with me in my car.

When I want to relax and reconnect with my childhood of a better and simpler time, I”ll just pop the CD in and listen to a few. I’ve already shared a couple about Walt Disney and Andy Griffith with my daughter.