The Department of Education – Do We Need It? 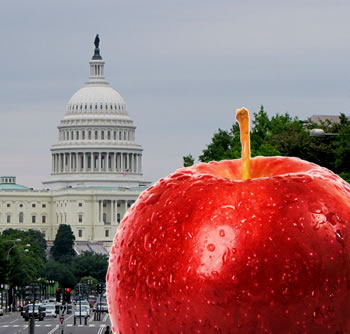 I just finished reading an interesting article in the latest edition of Imprimis from Hillsdale College. The article, “Do We Need the Department of Education”, Charles Murray discussed exactly that question.

At this point in my life I think one of the roles that government should play is in the establishment of standards for what it means to be educated. Sadly, I think there’s far too much conversation related to the “how do we educate” instead of what it means to be “educated”. I believe the Department of Education should fulfill this role, but their current structure and thinking should be completely gutted to accomplish that task.

I didn’t realize before reading this article that the Department of Education didn’t even exist in its current form until 1980. But, that’s not to say the government hasn’t been involved in education up to that point. The first full scale involvement came from The National Defense Education Act of 1958 which was established after the Russians beat us to space with Sputnik. It was determined that we didn’t have enough interest in math and science in our classrooms and something should be done. Perhaps a very valid point, but could have been achieved by other means?

What do you think? Do you agree with me that there should be some government managed standards of what it means to be educated, but that the execution of fulfilling that task can be left open for individuals to decide for themselves? Whether that be provided by public schools, charter schools, private schools or home schools?

This could lead into a debate on the value of standardized tests, but I believe that there is importance in establishing baselines so that transitions between the different forms of schools mentioned above can be effectively managed. I’m interested in hearing what everyone else thinks.